Nothing makes people happier than giant, homemade s’mores. Nothing. That’s a chocolate/graham cracker ripple swirled throughout a giant vanilla bean mallow, all coated in chocolate and rolled in graham cracker crumbs. These squares were HUGE! Like biting into a squishy mallow pillow.

Dark chocolate brownies (with a raspberry swirl) made into little squares, covered in ganache, and topped with fresh raspberries. 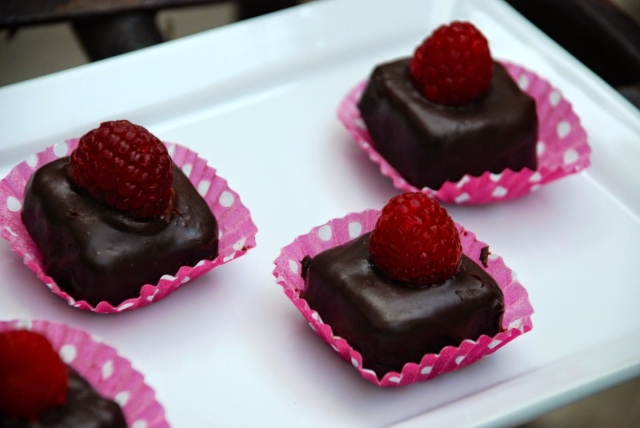 Bags of homemade peanut brittle. A bit of a pain to make beacuse of all the cleanup, but apparently it’s much easier when you don’t burn the first batch.

Classic lemon bars. Nothing wrong with a good, traditional recipe.

Peppermint meringues (use peppermint extract instead of vanilla) dipped in dark chocolate.

Everything is ready for tasting!

These brownies were the first to go after the s’mores. 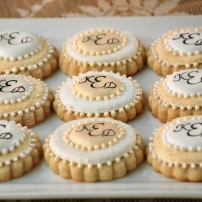 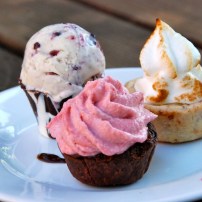 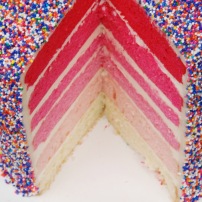 Hi, I'm Maddie and I like to bake! Learn more about me and my creations.